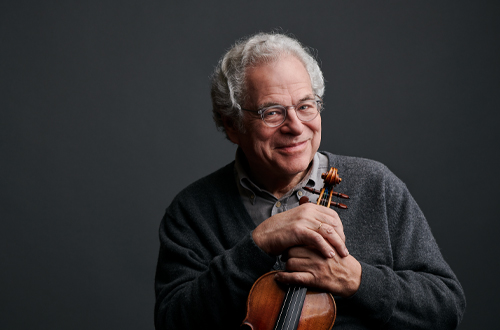 On Sale Date
To Be Announced
Ticket Prices: $45-75

Undeniably the reigning virtuoso of the violin, Itzhak Perlman enjoys a superstar status rarely afforded to classical musicians. Beloved for his charm and humanity as much as his talent, audiences throughout the world respond not only to his remarkable artistry, but also to his irrepressible joy for making music.

Rohan De Silva has written the book on performing with the world’s greatest violinists. Alongside Perlman, De Silva has performed multiple times at the White House, most recently in 2012 at the invitation of President Barack Obama and First Lady Michelle Obama.

Please Note: Tickets for Spring events will not go on sale until later in the fall. Stay tuned to the reopening page on our website for updates and announcements. Live streaming information will be announced later in the fall as well.