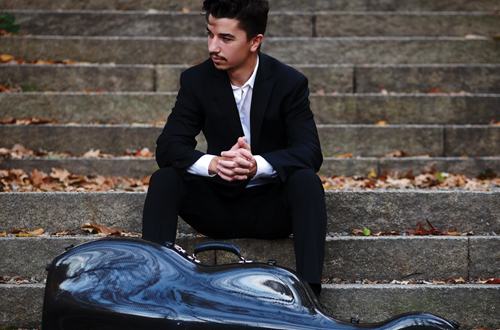 *Please note: Dates, times, and venues subject to change.
Sponsored by :  Oak Hammock at the University of Florida

Lauded for his rich, warm, and mesmerizing sound on the concert stage, cellist Gabriel Martins has established himself as one of the world’s most enthralling young artists. Strad Magazine declared his New York City recital debut to be “flawlessly played” and “a deeply moving experience.” His artistry has already been recognized through an extensive list of accolades that include the 2020 Concert Artists Guild Young Classical Artists Trust Grand Prize. Legendary cellist Ralph Kirshbaum, says Gabriel has “revealed heart, passion, intellect, and a finely-nuanced palette of colors in a compelling manner worthy of a seasoned artist.”