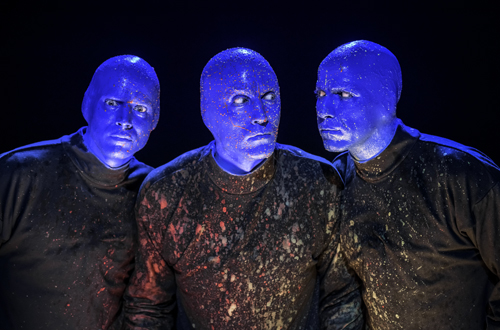 More than 35 million people around the world have experienced the smash hit phenomenon that is Blue Man Group and now it’s your turn! Blue Man Group premieres in Gainesville for a one-night engagement on their new North American tour.

It’s everything you know and love about Blue Man Group—signature drumming, colorful moments of creativity and quirky comedy—the men are still blue but the rest is all new!