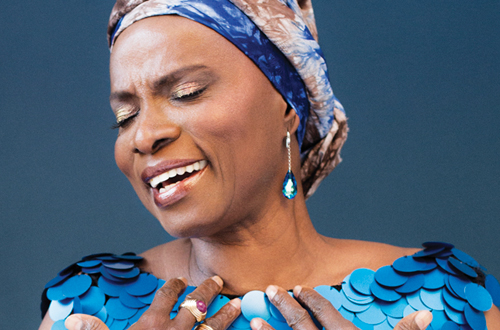 Named by TIME Magazine as one of the 100 most influential people in the world, five-time Grammy award-winner, Angélique Kidjo, is one of the greatest artists in international music today—a creative force with 16 albums to her name. Her striking voice, stage presence, and fluency have cross-pollinated West African traditions of her childhood in Benin, with elements of American R&B, funk, and jazz, as well as influences from Europe and Latin America. TIME also called her “Africa’s premier diva.”